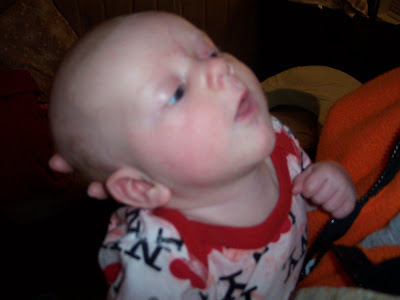 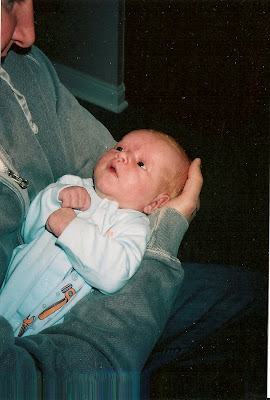 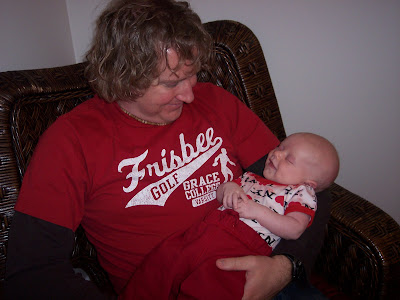 Note from the editor, I mean, Momma. Tim and I really wanted to be in Senegal by now, but I am so thankful for God's timing. Not only being able to have Jackson in a medical facility where English is spoken and access to a close ER (would one need that...) but I am so thankful for all the mom's that I am surrounded with and all the fantastic support and advice that I have received. I joined the mom's group at our church when I was pregnant and have been greatly blessed by those relationships and support. Having a new little person is a marvelous and taxing transition and I can't imagine dealing with this first month without all of the great support our friends have given, praise God for community!!
3 comments: 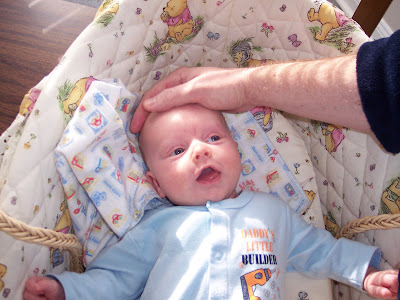 I sure love it when Daddy rubs my head 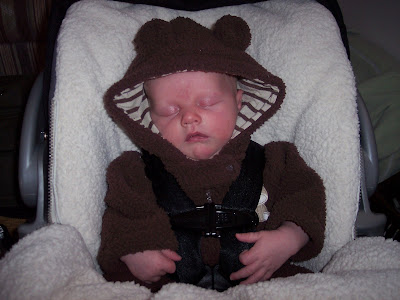 In my teddy bear suit from auntie Ellie 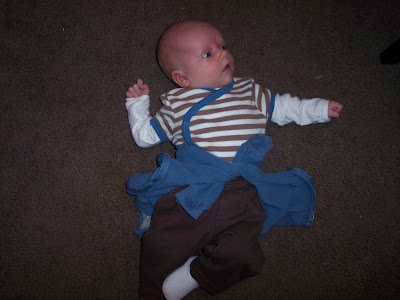 It was a little warm this day, so I tied my sweatshirt around my waist...with a little help from Momma 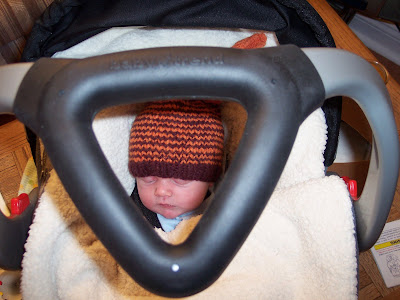 I sleep a lot 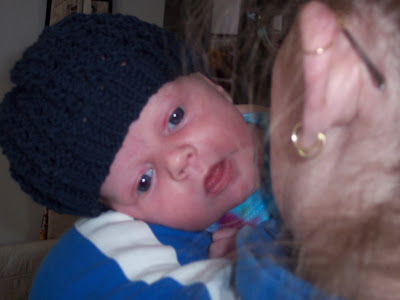 A few years ago the gold standard for low budget, high quality movies was the Billy Graham Association. They have not made a movie in a while and the void has been admirably filled by an unlikely source, Sherwood Baptist Church in Albany, GA. The Kendrick brothers, who are on staff at the church, wrote and directed the movie, and also played small roles. The locations, fire station and equipment, and even food, was donated by people in the community. The crew and actors, even the leads, were volunteers. The entire project was completed for around $500,000, which is an incredibly tiny budget for a movie this big. There were times when the writing and acting was weak, and a couple times it was distracting enough to take me out of the story, but the filmmaker’s enthusiasm and belief in the message made up for those shortfalls. If I was to describe the movie simply, I would say that it is better than it deserves to be. My expectations were low, but like the church’s previous effort, Facing the Giants, I enjoyed it. By no means is it a perfect movie, but it was good.

Special kudos must go to the filmmakers for tackling the subject of marriage. That is a hot topic in both the political realm and in the evangelical world. Putting forth a movie that affirms marriage, while showing how difficult it is for many couples, is not an easy task, and they have been taking shots for it. I applaud their efforts.

Great Scene: The Wrath of God hot sauce eating contest was an accurate portrayal of the way men act when they are bonded by a difficult job and when women are not around. (The name, Wrath of God, for a hot sauce, is genius.)

Great Line: Caleb Holt: Marriage isn't fireproof. Michael Simmons: Fireproof doesn't mean the fire will never come. It means when the fire comes that you will be able to withstand it.
No comments: 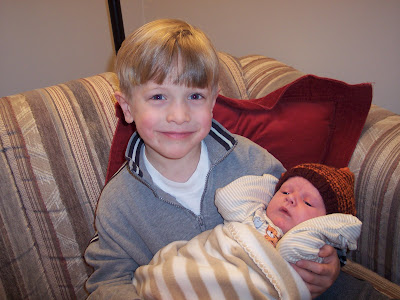 The other day, Jackson's cousin, Carver, said, "I know three Jacks. Jack in my class, Jack the dog, and Baby Jack. I only love baby Jack."

The picture was taken when they first met.
2 comments: